Octane[1]
Vulcan is a battle-car released on December 7, 2016,[2] as part of the Starbase ARC update. It could only be obtained as DLC until the Free To Play Update which included all previously released Rocket League branded DLC as Free Legacy items for Legacy players and as Very Rare variants in the Drops. Painted Vulcan started appearing in Item Shop from December 2, 2021.

Defend the universe (and your goal line) with Vulcan, the most elite sports-craft in the galaxy![3]

Vulcan can be equipped with the following decals:

Vulcan comes with the following wheels, which can be equipped to any Battle-Car: 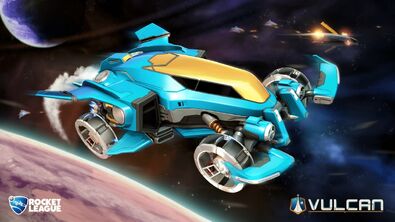 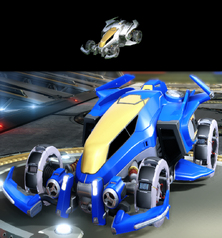 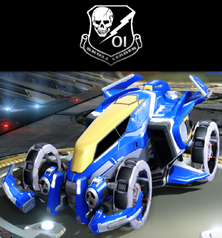 Vulcan with the ARC decal. 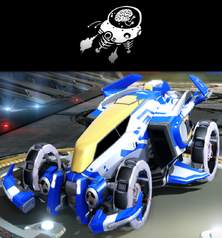 Vulcan with the Armada decal. 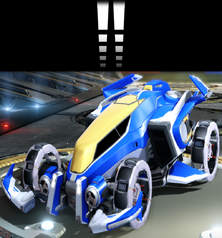 Vulcan with the Combat decal. 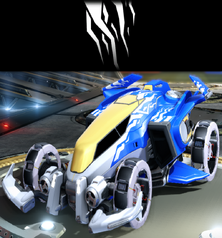 Vulcan with the Cryo-Flames decal. 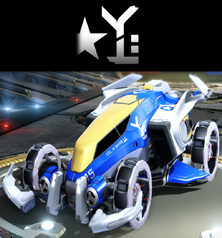 Vulcan with the Medic decal. 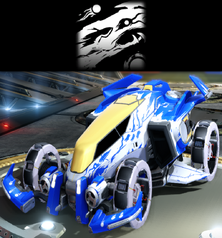 Vulcan with the Space Worm decal.