100% × 6
12% × 29
Utopia Retro is a prototype arena found in the Rocket Labs playlist in Rocket League. It was added into the game on February 10, 2016. The arena is based on the Utopia arena from SARPBC, albeit with Rocket Labs aesthetics. The arena features a circular layout complete with a single tunnel for both teams' goals.

On September 8, 2016, this arena was removed from online playlists. As of today, it can only be played in Local or Private matches.

A circular arena heavily inspired by the Utopia arena from Supersonic Acrobatic Rocket-Powered Battle-Cars. One of the most requested layouts from players since the launch of Rocket League makes its RL debut.[1] 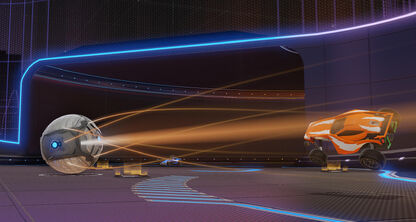 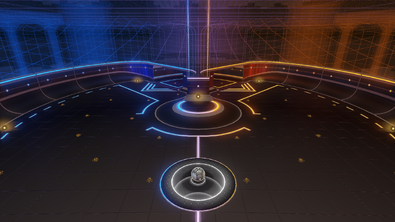 Retrieved from "https://rocketleague.fandom.com/wiki/Utopia_Retro?oldid=42952"
Community content is available under CC-BY-SA unless otherwise noted.