Daytime (default)
(Dusk)
(Snowy)
(Gilded)
Utopia Coliseum is an arena in Rocket League. It was added to the game on August 11, 2015,[1] two days before the release of the Supersonic Fury DLC pack, as the game's first free arena.[2]

The arena features a theme reminiscent of the SARPBC Utopia arena, although not the layout, which can instead be seen in the Rocket Labs Utopia Retro arena.

Utopia Coliseum has a dusk variation, which was added on October 13, 2015, along with the release of the Revenge of the Battle-Cars DLC Pack. 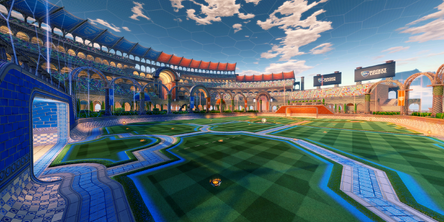 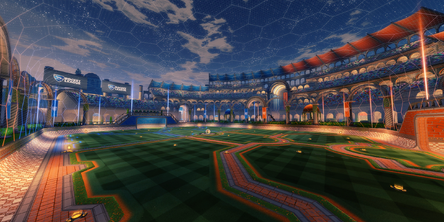 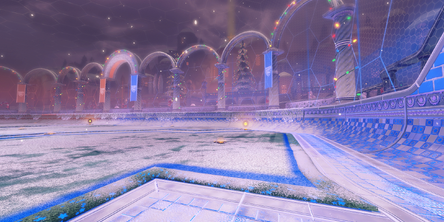 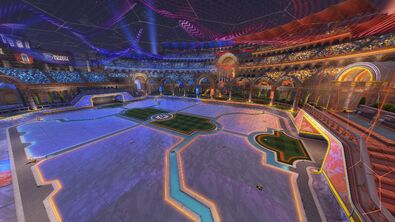 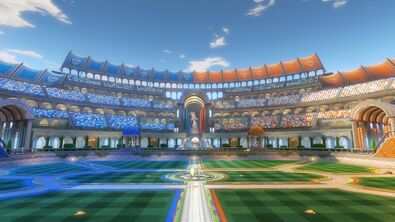 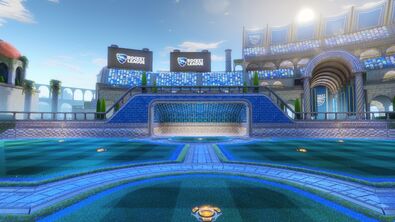 A view of blue team's goal 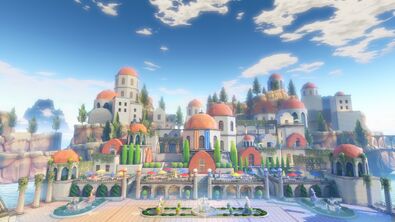 Background scenery as seen outside of the arena 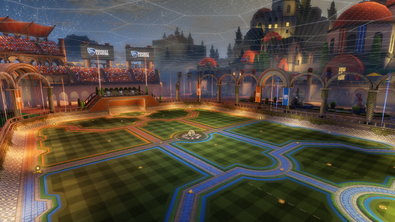 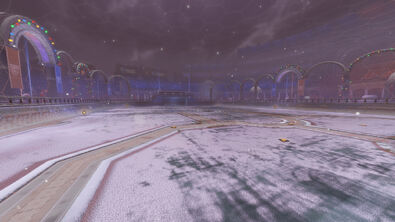