Wheels
Season 4 is the eighteenth competitive season in Rocket League and the fourth competitive season after the Free To Play update. The season officially commenced on August 11, 2021, and ended on November 17, 2021. The season is western-themed, which is reflected in the accompanying Rocket Pass items and Deadeye Canyon arena. The Rocket Pass features the Outlaw car body.[1][2]

Note - Special Edition items can now be unlocked prior to tier 70, and painted variants will unlock as pro rewards.

The rewards for Competitive and Extra Modes for Season 4 are as follows:[3] 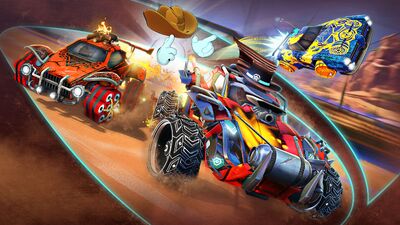