Scarab is a battle-car released on October 13, 2015,[2] which could be obtained from the Revenge of the Battle-Cars DLC pack.

As of Patch v1.75, painted variants of the Scarab have been on sale in the Item Shop, the first available one being purple. These variants are categorized as Import rarity, while the Orange variation and next variations that was released or return in the Item Shop is Very Rare.

The Scarab appears to look like a beetle insect. It has two exhaust pipes on the topper and various fins on the rear end that extend away from the body when increasing speed, and more when boosting.

Purple, Orange, Cobalt , Forest Green and Titanium White are the only painted variations to have come out in the Item Shop.

Scarab can be equipped with the following decals: 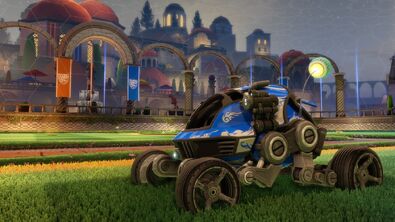 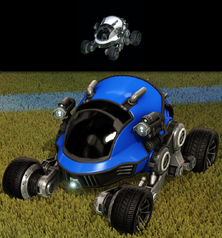 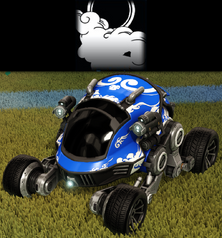 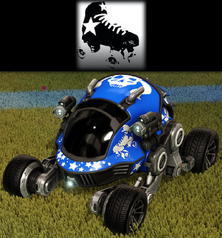 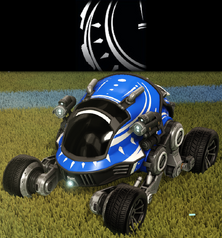