Samus' Gunship is a battle-car released on November 14, 2017.[3] It is exclusive to Nintendo Switch players and must be unlocked by completing matches.

Samus's Gunship is not compatible with any decals, and cannot have its paint color changed.

Samus's Gunship is not compatible with any Rocket Boosts, apart from Wave Beam rocket boost. 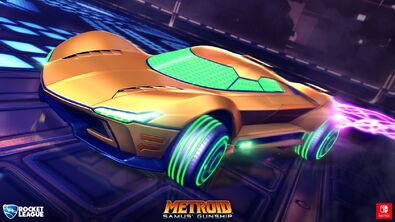 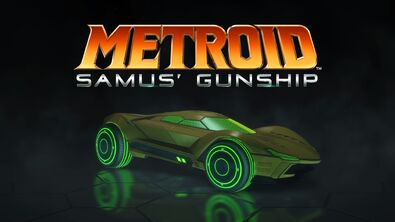