Road Hog is a battle-car released on July 7, 2015, with the release of the game. It is classified as "Common" rarity.

Before Free To Play the body was unlocked at the beginning of the game, This has now changed and instead new players must earn the body via the new driver challenges.[3]

Its design is primarily based on a monster truck.

As part of the AquaDome update on October 4, 2016, Road Hog was given a visual upgrade. Its hitbox and turning radius were not affected.[4]

On August 3, 2017, painted variants of Road Hog were made available via the trade-in system.[5] These variants are categorized as Import rarity. Unlike the default Road Hog, painted variants can be traded between players.

Road Hog can be equipped with the following decals: 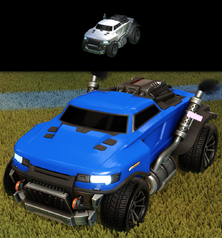 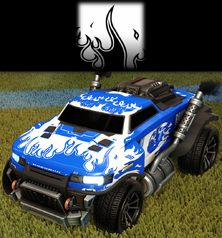