Pillars is an arena released on June 20, 2016.[1] Found in the Rocket Labs playlist, it has two large pillar-like structures that emerge from ground to ceiling, separating it into three lanes. The arena is also more circular overall than what is normal.

"Available in the Rocket Labs playlist for both Online and offline Exhibition play, the visual aesthetic for 'Pillars' will continue its tipped hat towards virtual-reality – only this time, with a gameplay emphasis on using multiple walls to your advantage. As you can tell from the screenshots, the 'Pillars' title will be quite literal since two huge uprights loom over the middle of the arena. These pillars separate the arena into three lanes, with the goals on each side lining up the center lane. Banking shots off the tall columns in the middle of the arena makes for some incredible moments and driving up the walls and flying down on the competition feels just right."[2] 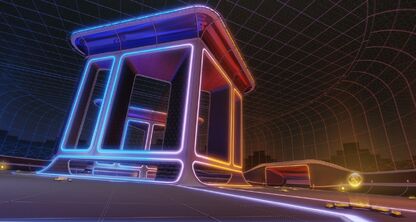 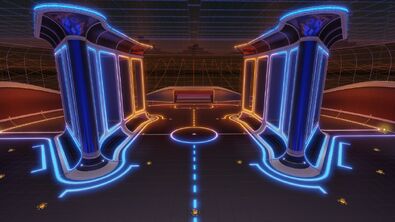 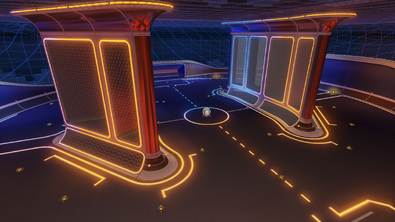 Retrieved from "https://rocketleague.fandom.com/wiki/Pillars?oldid=42950"
Community content is available under CC-BY-SA unless otherwise noted.