100% × 8
12% × 26
Octagon is a prototype arena found in the Rocket Labs playlist. It was released on September 8, 2016. The arena has the shape of an equilateral octagon, hence its name. It was later used to create the ARCtagon arena.

Available for both online and offline Exhibition play, 'Octagon' is VR-themed like other Rocket Labs arenas, but the large, eight-sided walls are what set it apart.[1] 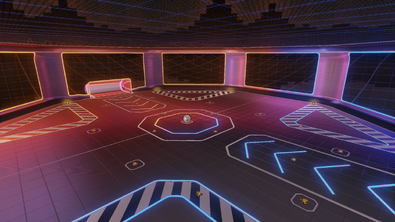 Retrieved from "https://rocketleague.fandom.com/wiki/Octagon?oldid=42949"
Community content is available under CC-BY-SA unless otherwise noted.