Dominus[1][2]
The McLaren 570S is a vehicle body released on December 6, 2018 as licensed DLC.[3]. Before Patch v1.70, the McLaren could be obtained by purchasing it from the Showroom.[4] In 2021, during Free To Play, a bundle featuring this car and some new items was re-released into the Item Shop on May 27th, 2021 for a limited time. During the re-release, a 2000 credit pack, which came with the car, McLaren 570S (Silver) wheels, McLaren 570S wheels, three player banners, and a new, Silver decal. A 900 credit "upgrade pack" was available to purchase for players who already had the DLC from before.

The McLaren 570S cannot be equipped with any customization items other than what is offered in the DLC pack. There are no decals other than the silver McLaren decal. You can not equip toppers or antennas to the McLaren 570s.

Compete with the ultimate, modern sports car in Rocket League! The McLaren 570S Car Pack is designed to thrill with a fusion of high-class design and luxury.

The following items came with the McLaren 570S when purchased for $1.99 or regional equivalent:

The following items came with the McLaren 570S bundle when purchased for 2000 Credits in the Item Shop:[5]

The following items came with the McLaren 570S Upgrade Pack when purchased for 900 Credits:[5]

Body icon from the in-game garage 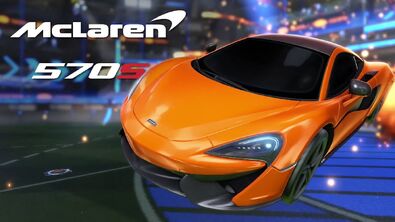 Presentation in the trailer 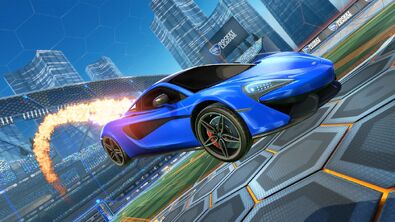 McLaren 570S in the DFH Stadium 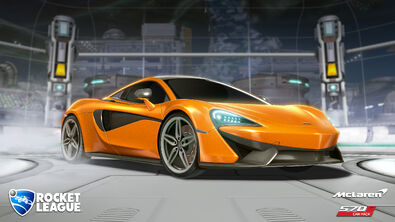