Item Shop
Blueprint
Komodo is a battle-car released on March 11, 2020, as part of the Ignition Series.[2] It is classified as Exotic rarity, being the first battle-car of this variety.

It resembles the Toyota GR Supra with a Fisker Karma front end, with Toyota GT86 taillights.

Komodo can be equipped with the following decals: 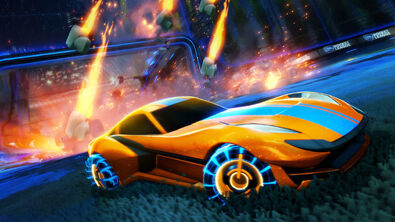