Accelerator Series
Jäger 619 (Jäger 619 RS before Patch v1.79) is a battle-car released on September 28, 2017, as part of the Autumn Update.[4] It resembles a Porsche 718 Cayman GT4 in styling, as well in naming. It is classified as Import rarity.

It can only be obtained from the Accelerator Crate. It was later made available in the Player's Choice Crate on November 21, 2018 and the Competitive Season 6 Starter Pack on March 9, 2022.[5]

"Available as a drop inside the Accelerator Crate, Jäger 619 is a Battle-Car that draws inspiration from European racers and speedways."[4]

Jäger 619 can be equipped with the following decals:

Note: The Jäger 619 can also be equipped with any universal decal. 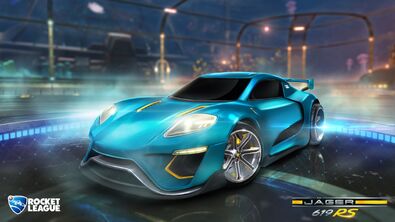 Jäger 619 in the AquaDome arena. 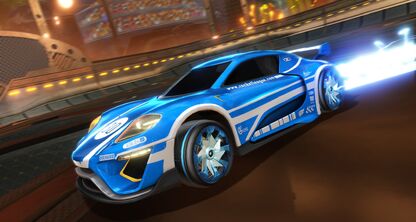 Jäger 619 with the Sovereign Pro wheels and Circuit Pro decal. 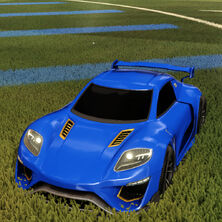 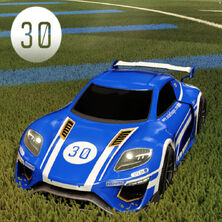 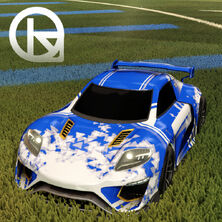 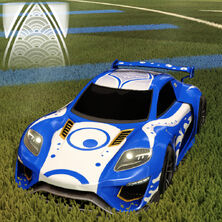 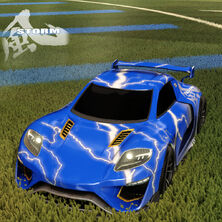 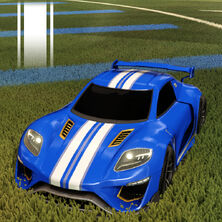 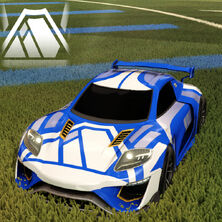 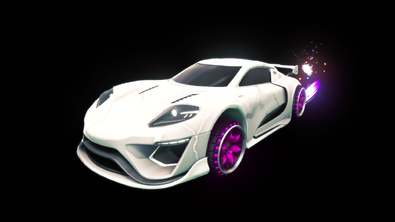