Velocity Crate
Imperator DT5 is a battle-car released on December 4, 2017, which could be obtained from the Velocity Crate. As of now, since crates are retired, it can be obtained in Blueprints. It is classified as Import rarity.

Promotional artwork shows it equipped with the Apex wheels.

Its design is primarily based on the De Tomaso Pantera GT5-S.

The "Imperator DT5" is ripped right out of your synthwave- and futurism-fueled dreams along with six new Decals and Engine Audio that can be used on most of the other Battle-Cars in your Garage.[3]

The Imperator DT5 can be equipped with the following decals: 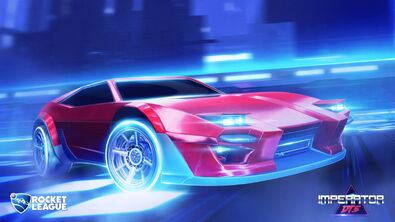 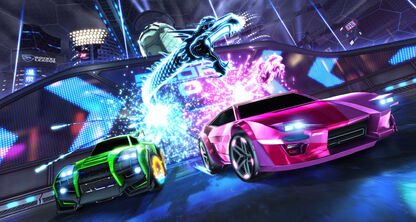