Dropshot is a game mode added to Rocket League on March 22, 2017,[1][2] where, instead of goals, players must break hexagonal floor panels into which the ball can fall.

Dropshot is a brand new take on Rocket League gameplay as we introduce dynamic breakable floors and an electrified ball, all within the confines of a new hexagonal Arena, Core 707. Instead of pushing the ball into your opponent's goal, your objective is to destroy panels on the opposing team's floor, and score goals through those gaps.

Our new game mode is all about Damage! Along with our usual stats like Goals, Assists, and Saves, Dropshot introduces Damage as a statistic – the more damage you do, the more floor panels break, and the easier it is to score a goal! Each panel can be hit by a ball twice – the first hit activates the panel, while the second breaks the panel, creating a new scoring opportunity.

The new ball has three different phases, each more powerful than the last, that determine how much damage is done when the ball smashes into the floor panels. The second and third phases are activated by multiple Battle-Car hits, so the longer the ball stays off the ground, the more powerful it becomes. While the first phase of the new ball only damages one tile upon impact, the second and third phases can damage up to seven and 19 panels, respectively. 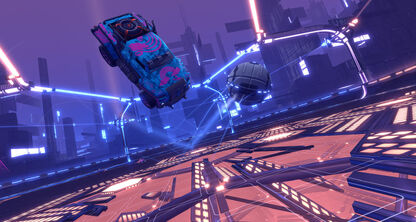 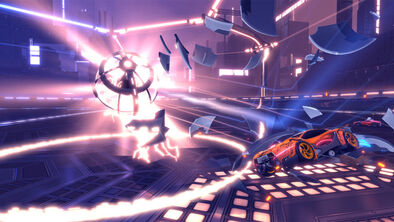 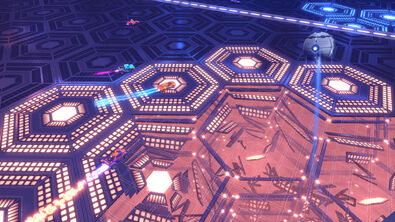 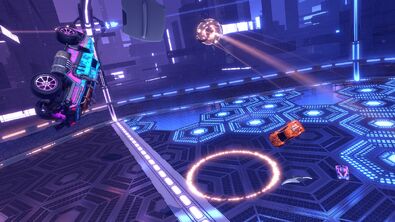 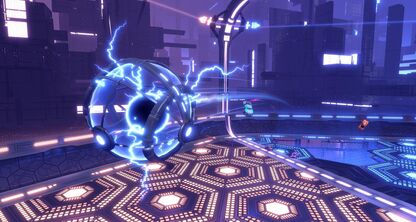 Retrieved from "https://rocketleague.fandom.com/wiki/Dropshot?oldid=42874"
Community content is available under CC-BY-SA unless otherwise noted.