It is considerably the most popular among the online community. It is also one of the two venues where the Championship match can be played in Season mode, the other being Mannfield.

DFH Stadium has a snowy variation, which was added on December 14th, 2015, and is used for the Snow Day event. A stormy variation was added on September 8th, 2016, along with the release of Rumble. A new variant of the arena, known as "Circuit", debuted on Season 3's launch date, which took place on April 7th, 2021.

Although the default version of DFH Stadium is currently listed in-game as "Daytime", Psyonix announced that a true day variant is due to be added on September 28, 2017, as part of the Autumn Update.[1] 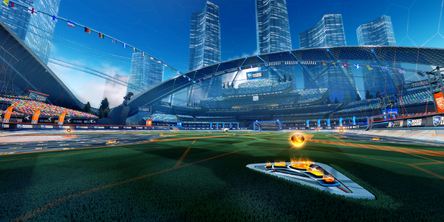 In-game preview of the day variant 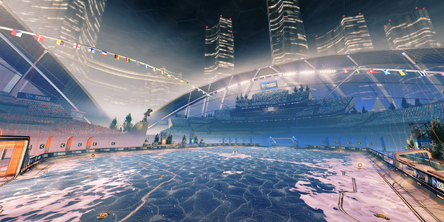 In-game preview of the snowy variant 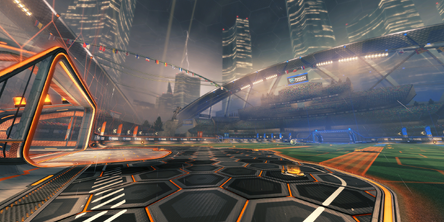 In-game preview of the stormy variant 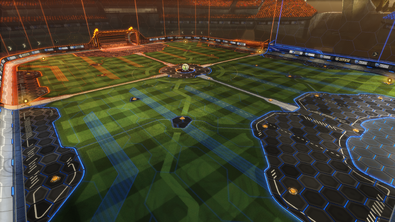 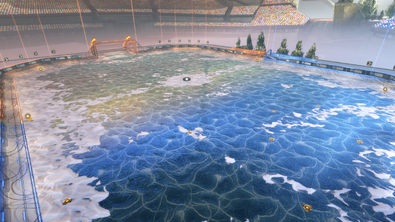 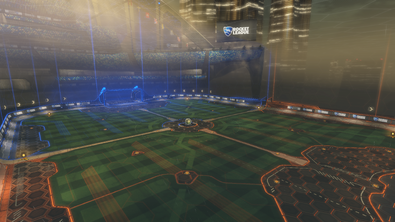 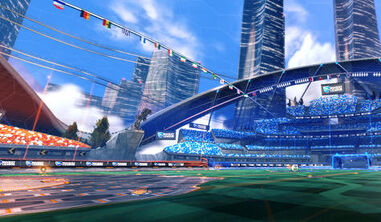 Retrieved from "https://rocketleague.fandom.com/wiki/DFH_Stadium?oldid=51475"
Community content is available under CC-BY-SA unless otherwise noted.