These differences also extend to how platform-exclusive vehicles are viewed. For example, STEAM/PSN/SWITCH/EPIC players will see Xbox Live players as Octane if the Xbox Live players are using the Armadillo or Hogsticker, and STEAM/XBOX LIVE/SWITCH/EPIC players will see PlayStation Network players as Merc if the PlayStation Network players are using the Sweet Tooth.

In addition, the in-game voice chat feature lacks cross platform input/output and only allows communication between players on the same platform. The Quick Chat commands are, however, cross-platform unlike typed and voice chat.

On February 19, 2019 full cross platform play will become a reality with the Friends Update.[1]

The Friends Update will bring a new Friends List to the main menu. Here, you’ll be able to see the online status of all of your Rocket League friends regardless of their platform. The Friends List is split into four tabs: Friends, RocketID, Recent Players, and Alerts.

The Friends Tab will display your friends on your current platform. The RocketID Tab will show your online friends on all other platforms. After the update, every player will be auto-assigned a RocketID, which will be your username followed by four randomly-generated numbers. You may change the word portion of your RocketID at any time.

The Recent Players tab conveniently shows players you were recently matched up with or against. If you had solid team chemistry with a randomly-matched player, you can easily send that player a Friend Request from the Recent Players tab if they are on a different platform.

Finally, the Alerts tab will house all of your player interactions like Friend Requests, Party Invites, and Club Invites. Yes, Clubs are now Cross-Platform, too!

Cross-platform text chat is available only in formed parties, to use this option use Party Chat (U). 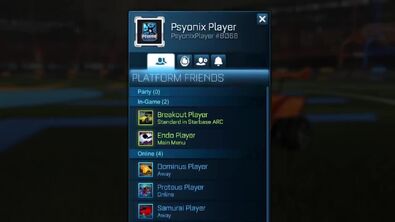 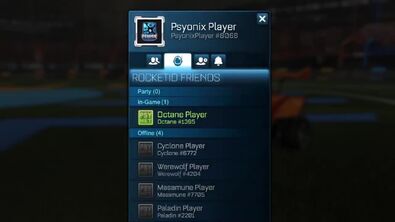 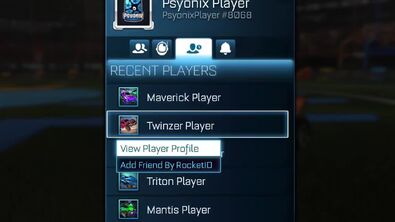 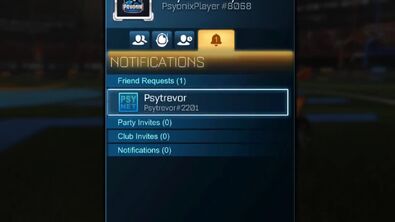 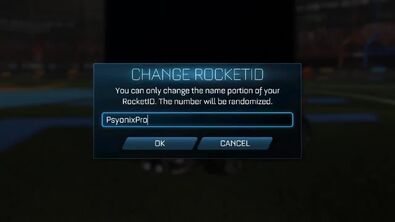 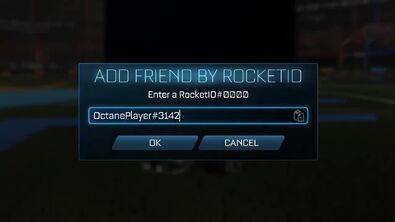