The Blueprint system was introduced with Patch v1.70 in December of 2019; Blueprints were meant to replace Crates. After you play a match of Rocket League, you’ll have a chance to obtain a Blueprint, just like Crates previously. When you receive a Blueprint, it shows you exactly what item you can create from it, for a set price. Once they're in your inventory, Blueprints allow you to pay to create the item it offers and receive it immediately; or you can leave it in your inventory and choose to create the item later.

Like the Crate items that preceded them, Blueprints can drop with special attributes like Painted, Certified, and Special Editions.

Once the Blueprint system went live, players' Keys from before the update were automatically converted into Credits upon logging in to the game. Each remaining Crate you had was converted into a Blueprint of the same series.[1]

Following the update, players have a chance to obtain revealed Blueprints following Online Matches. You can build the item from the Blueprint by spending Credits, trade the Blueprint to another player, or keep it in your inventory. 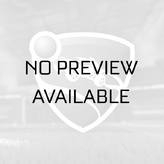 After purchase, a 72-hour (3-day) Trade Hold will be placed on all Credits in your account.

During the Trade Hold, you will not be able to trade the following:

When the Trade Hold is finished, all the above items become tradable.

Credits can be traded for items with another player. Only one player can have Credits in the trade window. You can trade Credits for an item, but not for other Credits, or items and Credits.

Following the update, only free items obtained via post-game drops will be eligible to trade-in. Free Rocket Pass items will remain ineligible for trade-ins. The option to trade in Blueprints from the same series was added some time after their introduction.[2]