Painted variants of this body can be obtained through Item Shop starting at Season 5.

Aftershock can be equipped with the following decals:

Aftershock comes with the following wheels, which can be equipped to any Battle-Car: 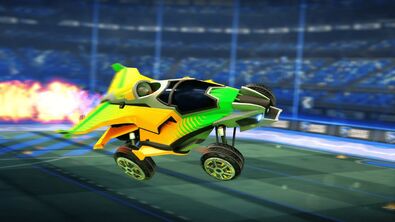 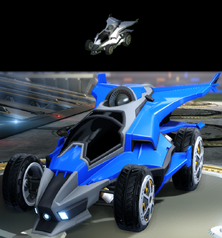 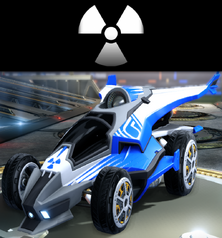 Aftershock with the MIRV decal. 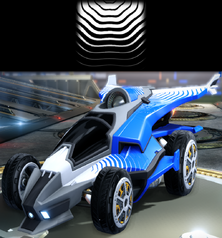 Aftershock with the Seismic decal. Aftershock with the Tribal decal.