Night (default)
ARCtagon is an arena released on December 7, 2016. It is a redesigned version of the Rocket Labs arena Octagon.

Inspired by one of Psyonix's previous games, ARC Squadron, Starbase ARC is an octagonal, semi-standard stadium that orbits a huge (but familiar) desert planet where epic space battles are waged in the background and hulking celestial bodies drift about in the vastness of outer space. 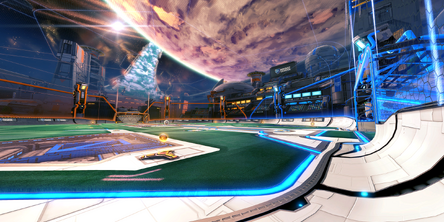 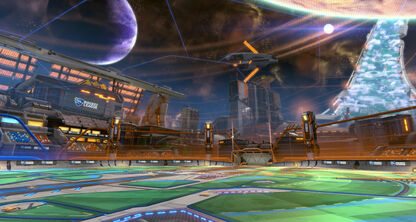 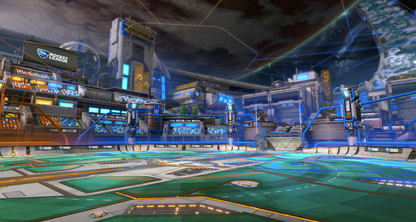 Retrieved from "https://rocketleague.fandom.com/wiki/ARCtagon?oldid=42940"
Community content is available under CC-BY-SA unless otherwise noted.